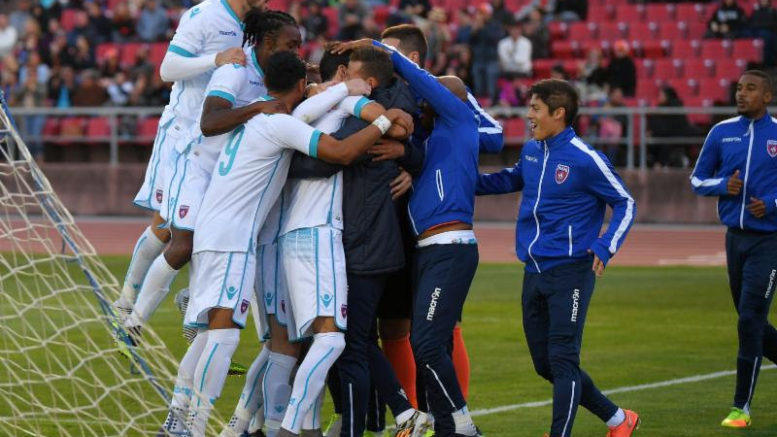 The Miami FC was on the road, Saturday night, to close out the Spring Season against the San Francisco Deltas. It what was another frantic contest between the two newest NASL clubs, The Miami FC came out on top 3-1.

It was a predicable chippy first half, as San Francisco looked to extract revenge against the Miami FC.

The Orange and Blue nearly scored within the first minute of the match as forward Vincenzo Rennella played a great through ball to a streaking Mares, but it was cleared away before he could get a shot off.

The Deltas would create chances of their own but goalkeeper Daniel Vega was on fire. The 18th minute saw a strong Vega punch start a counter attack that nearly ended in a Rennella goal. Minute later, Vega would go full stretch to push away a curling effort from the Deltas Tommy Heinemann.

The breakthrough came in the 27th minute for the Miami FC. Forward Jaime Chávez put a strong effort on target that was mishandled by San Francisco keeper Reiner Peiser. Rennella and Mares both pounced on the rebound with Rennella getting their first and poking in the ball for his NASL-best ninth goal of the season.

As the second half came to a close the Deltas would once again lose their cool, with forward Pablo was shown a straight red for stomping on midfielder Richie Ryan’s ankle. Deltas midfielder Kyle Bekker was also shown a red after berating the referees from the sideline.

The Miami FC did not let up in the second half, pushing for goal right away.

That goal would come just five minutes into the second half. A beautiful ball from defender Hunter Freeman would put Rennella 1v1 with the keeper. As Rennella was about to dribble past him, the keeper went in with a reckless tackle, giving the Miami FC a penalty shot. Rennella stepped up to the spot and doubled the Orange and Blue’s lead with an easy conversion.

San Francisco would not give up down to 10 men and facing a 3-0 deficit. A late flurry would see Heinemann put the Deltas on the board with a well-placed header.

The Miami FC would hold on to secure a 3-1 victory to close out an amazing 2017 Spring Season.

The Miami FC kicks off the Fall Season July 29 on the road against the New York Cosmos before returning to Riccardo Silva Stadium August 2 when FC Cincinnati comes back to South Florida to play out the U.S. Open Cuo Quarterfinal match. Get your tickets now for this pivotal match now at MiamiFC.com/Tickets or call 844-MIAMIFC!