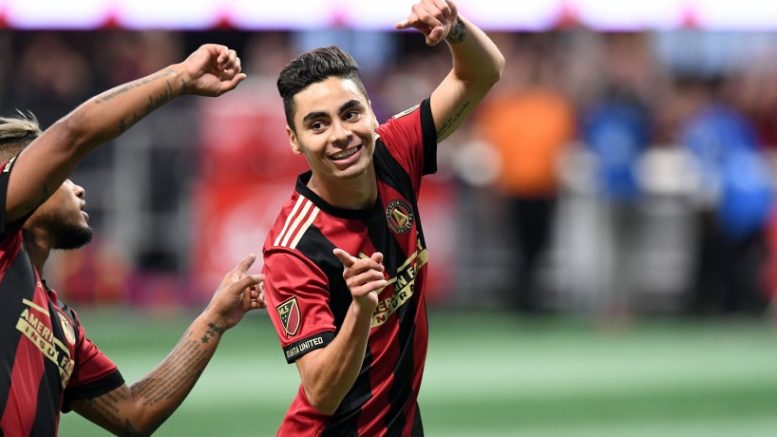 MLSSoccer.com- Miguel Almiron pulled at the collective MLS and Atlanta United heartstrings Tuesday, celebrating with a tribute to Josef Martinez after scoring twice in the first half of Newcastle United’s Emirates FA Cup fifth-round tie at West Bromwich Albion.

After his first goal, a clean finish to the far post in the 33rd minute, Almiron struck a «fusion» pose as inspired by Dragon Ball Z. When playing together for the Five Stripes, that was the go-to goal celebration for Almiron and Martinez, representing the connection they shared.

The celebration comes three days removed from Martinez tearing his ACL in Atlanta’s 2020 MLS regular-season opener at Nashville SC, likely putting the star striker out for a number of months.

If Almiron’s opening strike and pose weren’t enough, he then scored Newcastle’s second going into halftime. It was another left-footed banger past the West Brom goalkeeper, giving the Magpies a 2-0 lead heading into the break.

Before heading to Newcastle last winter, Almiron and Martinez teamed up to help Atlanta become the 2018 MLS Cup champions. The Paraguayan midfielder was then sold to Newcastle for a reported MLS record $27 million transfer fee, while the Venezuelan signed a long-term deal to remain with Atlanta.