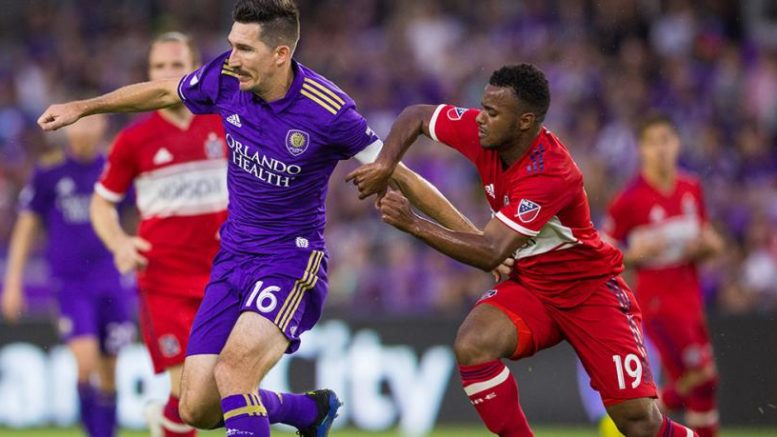 “I certainly can’t remember a night where I felt like we were more dominant, with this Club or maybe with any club, to be honest,” Lions head coach Jason Kreis said. “I think we can look at the statistics and the players know in their hearts that we were the by far the better team. You won’t hear me say that very often, but I will tell you there was only one team that was pushing things tonight. The other one was there to try to pick up a draw or catch something on the break.”

The Fire opened the scoring in the 13th minute when Aleksandar Katai curled his free kick into the net.

Then in the 28th minute, Josue Colmán worked his way into the box and found Chris Mueller, who delayed before slipping it to Higuita all alone. The Colombian calmly placed his shot inside the far post. Higuita’s three goals are a career high. Colmán and Mueller now have assists in each of their last two matches.

City pressed on in search of the winner, out-possessing and outshooting Chicago 21-10. The Lions were denied a penalty kick after Video Review upheld the call on the field in the 61st minute.

It was the Fire that found the third goal, though, when Alan Gordon drilled a shot from distance in the 82nd minute.

The Fire were reduced to 10 men when Mohammed Adams was shown a red card for an altercation with Sacha Kljestan, who was shown a yellow on the play.

The Lions will head on the road for their next four games, first visiting New York City FC on Saturday, June 2, at 7:30 p.m. ET. City then visits Miami United FC in the fourth round of the 2018 Lamar Hunt U.S. Open Cup on Wednesday, June 6. The Lions will move on to Vancouver and Montreal before returning to Orlando City Stadium on Saturday, June 23, to host the Montreal Impact.